Posted 1. September 2020 by Administrator under News

The first black mangrove seedlings planted in the „Playön“ in 2016 are now trees that grow seeds themselves. This is a major success for Jorge Vásquez, mangrove specialist from FUNDECODES, the project implementing NGO in the Jicarál area of the Costa-Rican Nicoya Peninsula. „When we came here, the area was barren land, severely degraded“, he states.

Since then, much work has been invested in restoring mangrove vegetation on the land, blocking dra 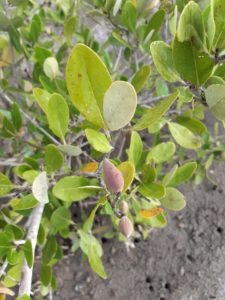 inage canals and planting seedlings. After only three years, areal pictures of the landscape demonstrate how the plans of FUNDECODES worked out. „I am so happy“, Jorge Vásquez says, „we can prove with camera traps that wildlife is returning to the area“.

The project is sponsored by a producer of organic seafood donating a small contribution from the sales revenues per package. 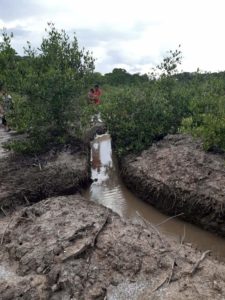 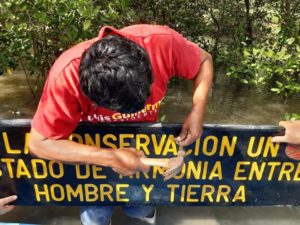 Mangroves mitigate flooding from rising sea levels. They also store carbon from the atmosphere, parts of which are constantly deposited into the sediments of the sea. This so-called „blue carbon“ remains untouched for centuries. Moreover, local community members collect crabs, shrimp and sea shells in the mangroves, thereby contributing to a healthy nutrition of their families.